Degree in Economics from Bocconi University and Ph.D in Business and Applied Economics from the University of Pennsylvania, he spent 28 years in McKinsey & Co., where between 1986 and 1994 he has been Managing Director first in Spain and Portugal then in Italy, opening the Geneva, Lisbon and Rome offices.
He served over 100 clients in a variety of industries including financial institutions, consumer goods, utilities, energy, airlines and media.
Since 1997 he took part in several Private Equity and Club deals, in some cases holding managerial positions like Venchi, where he was the operating chairman for 10 years until 2007 and Bloomberg Investimenti, where he was CEO, while in others acting as a Board member, like Buongiorno and Silicon Biosystems, where he also organized the group of angel investors.
In 2001 Rolando founded IG Partners, in 2007 he co-founded Ambienta, the main European Private Equity Environmental Fund, where he is a partner.

Degree in Economics and a Master in Corporate Finance at Bocconi University. Starting his career as a management consultant at Peat Marwick & Mitchel and at KPMG, Carlo’s professional profile developed as a combination of managerial and consulting skills gained over a 20-year experience as general manager in companies active in a wide range of industries (publishing, market research, renewable energy and retail).
He has a deep knowledge of the media, green economy, consumer goods and retail sectors.
He acted as advisor to several M&A operations providing support to entrepreneurs, private investors and private equity funds.
At IG Partners Carlo is responsible for M&A operations and combines his activities of business mentorship and advisory for new investment opportunities in medium and large enterprises.

Degree in Economics from Università Cattolica in Milan, Master degree in Business Strategy from SDA Bocconi.
Ambrosetti consultant from 2003 to 2007, Chiara participated to projects in the health care, information technology, energy and tourism sectors.
She has been Senior Project Consultant at IG Partners since 2008. Chiara is mainly involved in projects focused on energy production from liquid and solid biomass, 1st and 2nd generation biofuels, energy crops and wind energy.  She is responsible of IG Partners’ investments monitoring and controlling.
She is also IG Partners’ communication activities specialist.

Master Degree in Economics and Social Sciences from Bocconi University, Double Degree Program in Economics of World Energy from Moscow MGIMO University, Executive Programme in Energy Management at MIP Politecnico di Milano.
Intern in South Australia, project manager for the Malta Intelligence Energy Agency, Francesca has joined IG Partners in 2012. She is in charge of the monthly analysis of European renewable energy listed companies and of IG Partners’ research activities on climate change and environmental-related issues. She is  also responsible for Ig Partners’ investments in Mongolia related to environmental restoration, biological rehabilitation and suistainable fruit farming. 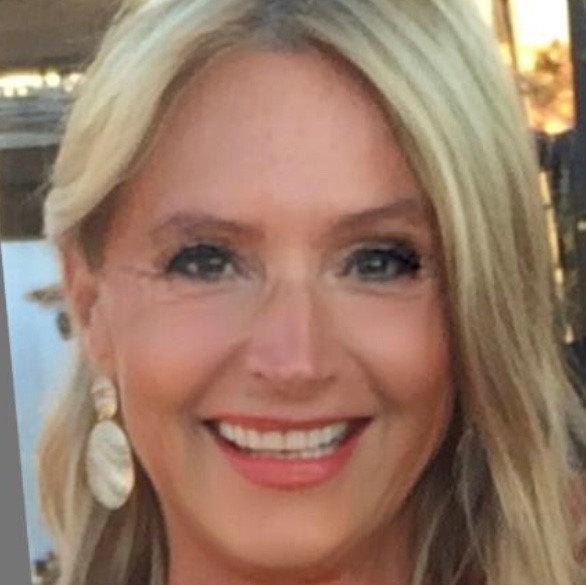 Swiss citizenship, based in Lugano.

After joining the litigation and accounting division of Helvetia in 1982, Claudia worked as an independent life and damage insurance agent first at Helvetia and then at Elvia (1988-9). After her experience in Gesfid (1990-1), Claudia has been involved in insurance and reinsurance broking in the transport sector at Memo Consulting in Lugano and Rome. In the 1994-6 period Claudia worked in the corporate finance services branch of Agora’SA. In 1997 she dealt with stock exchange transactions at Overseas Bank in Geneva, and in the next 17 years she focused on Private Banking and Ultra High netWorth at Credit Suisse as the main Supervisor’s assistant. In 2015 she covered the same position at Swix, while from 2016 she has been dealing with ASI (Autismo Svizzera Italiana). In the 1999-2001 period Claudia served as hunting&fishing council member at the Municipality of Lugano. 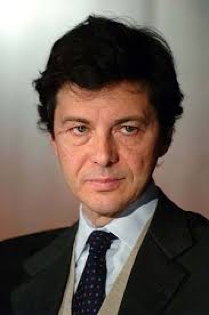 Degree in Electronic Engineering at La Sapienza University of Rome, Massimo is Chairman of IWBank Private Investment Spa, the UBI Group’s multichannel bank, since 2013.
He is member of the Ministry of Economy and Finance’s Committee for subsidiaries privatization, with the aim of supporting the Minister in the most significant divestments; Board member of Humanitas, one of the most renowned Italian hospitals and research centres, and of Save the Children Italia; promoter and Board member of the Italian SPAC Capital For Progress 1, listed on the AIM.
From 2011 to 2013 he was CEO of Centrobanca, the UBI Group’s Corporate & Investment Bank and he served as CEO at the Italian Stock Exchange, from its privatization in 1988 to 2010. He was also Vice-President and member of the Board of the London Stock Exchange Group from 2007.
He participated on several Committees of national interests such as the ones on the Italian financial market; the operational functioning of the Electricity Market; the strengthening of financial markets supervision.
From 2004 to 2006 Massimo was chairman of the European Federation of Stock Exchanges and from 2007 to 2008 chairman of the World Federation of Exchanges.
Formerly, he had worked in McKinsey for 11 years as a partner, with main focus on financial institutions and information technology. Prior to that (1980-86), he was at IBM as Information & Communication Technology specialist.
Massimo Capuano has been awarded Freeman of the City of London, honour bestowed upon international figures active in reinforcing the relationships with the City. 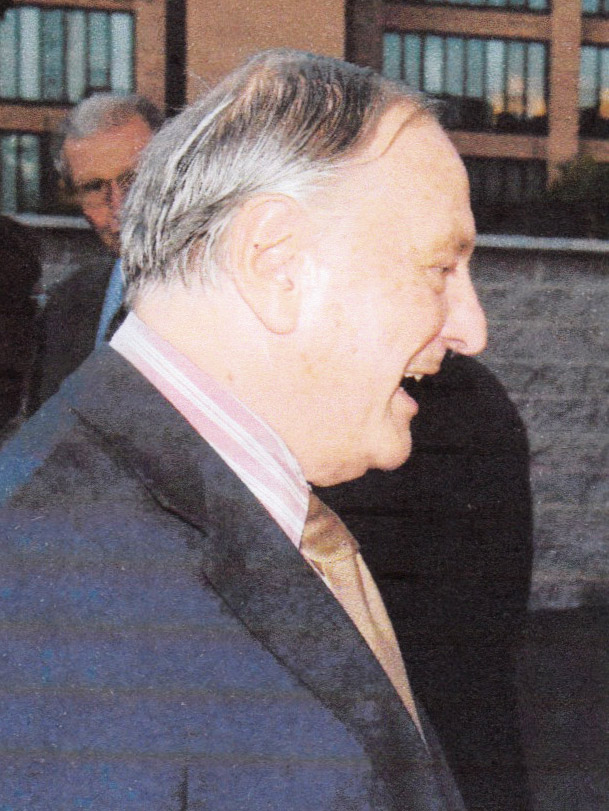 Degree in Electronic Engineering from Bologna University, since 2009 Achille has been chairman of Solar Investment Group, an Italian investment company focused on photovoltaic plants.
Previously he served as CEO at Falck Group for 20 years (1989-2009), leading several group companies among which Actelios, where he was Deputy Chairman, Falck Financial Services and Falck Renewables where he was Chairman. Together with the Chairman Alberto Falck, he led the group in the transition from the steel industry to the energy sector and, finally, to renewables. He is recognized amongst the pioneers in developing Clean Energy projects in Europe, Italy, Africa and India.
Achille started his career at CERN institute in Geneva (1964-72) where he served as design engineer and project manager in the nuclear physics engineering division. He then moved to Westinghouse Nuclear where he was a nuclear control systems manager. In 1973 he joined the SAE Group and became Board member and assistant to the chairman. In 1978 he joined the group’s holding company, Elettrofin, and was responsible for restructuring its participations in Asia, Africa, South America and Middle East, and became its managing director. Overtime SAE merged with Sadelmi in 1988, and then became part of ABB in 1989. Mr. Colombo led the integration of SAE-Sademi and was named group chairman. He became president of the Powerlines and General Contracting business area at ABB and reoriented its activities towards higher value added general contracting and engineering.  In 1989 he left the ABB group to join Falck.
He has also been member of several Board of Directors including Aeroporti di Roma, Finmeccanica and Air Liquide Italia, and was chairman of the Advisory Board of Syntek Capital AG.
Achille Colombo has been member of: the American Management Association, both the Executive Board of Assolombarda and of the Confindustria Rome Chapter, the World Economic Forum, the World Business Council for Sustainable Development and the Aspen Club. 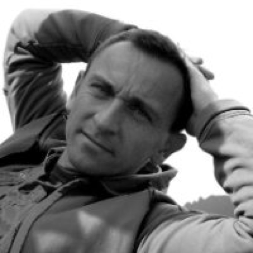 Degree in Electronic Engineering from Bologna University and Master’s Degree in Information Technology from Cefriel/Politecnico di Milano, Mauro is Chairman of Buongiorno Spa, founded by him in 1999.  Under his leadership the company has been listed in 2003 and in 2012 it became part of the Japanese group NTT Docomo.  He is also the creator and driving force of b-ventures, a Buongiorno’s project developed in 2013 with the aim of accelerating innovative startups’ growth.
Mauro is currently member of the Strategic Board of Cà Foscari University and Board member of Online Sim, DigiTouch and Gazzetta di Parma. Previously he has been also a member of Seat Pagine Gialle’s Board of Directors.
Prior to founding Buongiorno, Mauro has been Senior Strategy Manager at Andersen Consulting (now Accenture), specialising in consultancy for the financial and telecommunication markets, with a focus on the strategic employment of new technologies and on online business.  Formerly he worked at Ote Telecomunicazioni – now a branch of Marconi Group – in the division dedicated to the research and development of the first experimentation of standard technology GSM.

Degree in Nuclear Engineering from Politecnico di Milano, leading engineering school in Italy, Stefano joined McKinsey in 1987 and retired in 2013. He served large and mid-sized companies in the industrial sector particularly in the energy, engineering, steel, telecommunications and high-tech sectors. In these industries he worked for Italian and international clients, both on operational and strategic issues.
Stefano has led the McKinsey Operations Practice from 1995 to 2000 and the European Strategy Practice from 2000 to 2012.  From 2008 to 2012 has been member of the European Group advising the Managing Director of the Firm.
Currently he is Director Emeritus of McKinsey & Co. Italian office, Board Member of Borusan and SAES Group and advisor to the Top Management of mid-sized companies and investment funds.
Prior to McKinsey, Stefano spent 5 years in Accenture, a major information technology firm, where he led projects in industrial operations.
Further back, he spent two years as a Researcher at Politecnico di Milano, working on a joint project with EURATOM.

Degree in Computer Sciences from Università degli Studi di Milano and Master in Business Administration from SDA Bocconi. Roberto is investor and senior advisor of companies and startups focused on digital transformation and innovation and he acts as a Board member in large corporations. As both researcher and social entrepreneur, he acquired deep knowledge of youth unemployment, immigration, and the impacts of technology on labor markets. Roberto spent 23 years in McKinsey & Co., where he has been Partner since 1999 and Senior Partner since 2006. He served clients in the banking, insurance, telecommunications, large-scale retail distribution and ICT sectors in Europe and in the Middle East. In these industries he worked on operations and business model transformation, M&A, as well as ICT and digital technologies best implementation strategies. In the 2005-2013 period, Roberto has been the European leader of the Banking Operations & Technology practice. Since 2014 he has been responsible for the European Business Technology office. Since 2016 he has been responsible for the European Digital practice. He has been member of the global committees for the selection and assessment of McKinsey’s Partners. Formerly, Roberto held several positions in Etnoteam, an Italian ICT solutions company.

Roberto Lancellotti
This site uses cookies to provide you with a better experience and service. When navigating or using our services, you agree to our use of them. OkRead more